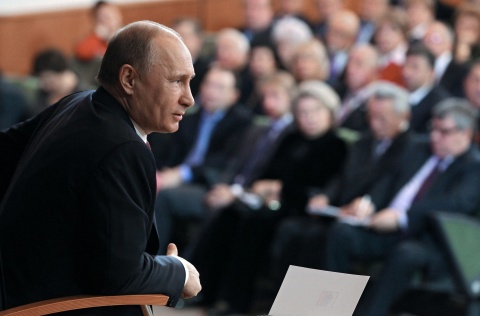 Russian President Vladimir Putin has dismissed the view that Russia's integration with post-Soviet states is part of a "re-Sovietization" program.

"It is strange for me to hear some of our colleagues abroad say that we are moving down the path of integration and that this is the revival of Russia's ambitions as the former Soviet Union," he said, as cited by RIA Novosti, adding, "What utter nonsense."

In an article published in The Financial Times last Thursday US Secretary of State Hillary Clinton said Russia is trying to recreate a new version of the Soviet Union under the guise of economic integration.

"But let's make no mistake about it. We know what the goal is and we are trying to figure out effective ways to slow down or prevent it."

On Monday Russian President Vladimir Putin said post-Soviet integration was a "natural process" driven by mutual economic interests and that the countries that make up organizations such as the Customs Union have more in common than member states of many organizations elsewhere.

He recalled that integration associations exist in all countries, in particular the United States, Canada, and Mexico.