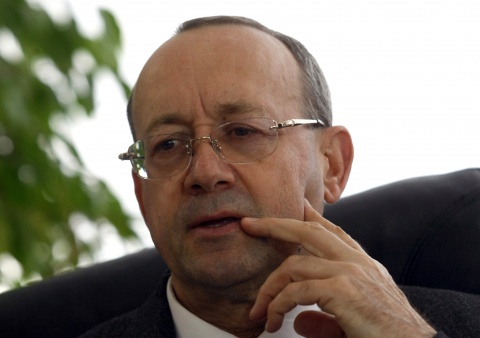 BCCI Chair Tsvetan Simeonov argued Monday that the dividend tax could be abolished, while the tax rate for sole traders could be reduced from 15% to 10%. Photo by BGNES

The Bulgarian Chamber of Commerce and Industry (BCCI) has proposed abolishing dividend tax and reducing the tax rate for sole traders from the current 15% to 10%.

The proposal, which was presented Monday, is based on a survey of the BCCI indicating deterioration in companies' estimations of the business climate in Bulgaria in a number of spheres.

According to the survey, as cited by Darik radio, the estimations of Bulgarian businesses of the tax burden, the administrative fees, and the energy resources, deteriorated.

According to the BCCI, Bulgarian companies reported improvement in the sphere of infrastructure.

BCCI Chair Tsvetan Simeonov argued Monday that the dividend tax could be abolished, while the tax rate for sole traders could be reduced from 15% to 10%.

Simeonov suggested that the step would have no negative impact on the state coffers but would only bring benefits for the country.

The Chair of the BCCI reminded that sole traders were mostly small, medium, and, most frequently, micro enterprises, which he said were being given unfair treatment through the tax rate of 15%.

"This does injustice to small and medium businesses which we keep saying must be taken care of because they give rise to big companies after a certain period of time," Simeonov noted, adding that each company which had not been set up or was functioning inefficiently was an obstacle both for the entire economy and for any business aspiring to become a global conglomerate.

He reiterated that the reduction of the tax rate for sole traders from 15% to 10% and the cancellation of the dividend tax could only have a beneficial impact on the state coffers.