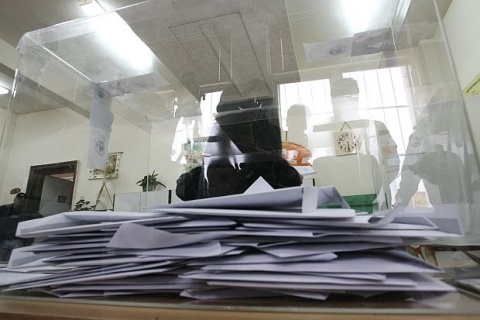 In the January referendum on atomic energy, the voting polls for Bulgarians abroad will be located only at Embassies and Consular Offices. File photo

Bulgarians abroad will be able to vote in the January 27, 2013, national referendum on development of atomic energy in Bulgaria.

Currently, diplomatic missions in 25 out of the total of 72 countries where Bulgaria has diplomatic representation have confirmed they are ready to organize the vote, bTV reported Saturday.

The deadline for the expats to submit applications to take part in the referendum is January 1. (It is January 12 for those residing in the country.)

The voting polls for Bulgarians abroad will be located only at Embassies and Consular Offices. The rule to have at least 20 applications, submitted by the deadline, is most likely going to apply, as it is for general and presidential elections.

The spokesperson of the Central Electoral Commission, CEC, Bisser Troyanov, however, stresses it would be inadmissible to believe that every Embassy and Consular Office will have a voting poll.

In Bulgaria, the vote will be organized in the same manner as any election.

The voters will receive a white ballot with the question "Should atomic energy be developed in Bulgaria through the building of a new Atomic Plant?" There will be an option to choose "yes" or "no" by using a blue ink pen.

Anyone who had Bulgarian citizenship by the date of the Presidential decree for the scheduling of the referendum; has a permanent address in Bulgaria; is over the age of 18, and is not in detention or serving an effective sentence is eligible to vote.

Under current legislation in order to have a valid referendum at least 4 345 500 people must cast a ballot which is equal to the voter turnout at the last general election. A positive answer to the question of the referendum requires 50% of the vote plus 1 ballot.

The law takes into account not the number of the ballots cast, but the number of voters who had taken part in the last general election by appearing at voting polls and signing the voters' lists.

CEC will be in the role of a Central Electoral Committee in charge of holding a national referendum. The voters' lists will be generated by municipal administrations based on current data from the registers.

After counting the ballots, similarly to general elections, the district electoral commissions will report to the regional ones and they will send the data to CEC.

The official campaigning begins on December 27. CEC is yet to determine the rules to allow initiative committees to receive donations.

The referendum on atomic energy, excluding the local one on the Burgas-Alexandroupolis oil line, is the first since the fall of the Communist regime in 1989. Before that national referendums have been held in 1922 – for the punishment of those responsible for the two national catastrophes; in 1946 – to change the rule of the country from monarchy to republic, and in 1971 for the so-called Zhivkov Constitution of Communist dictator, Todor Zhivkov.