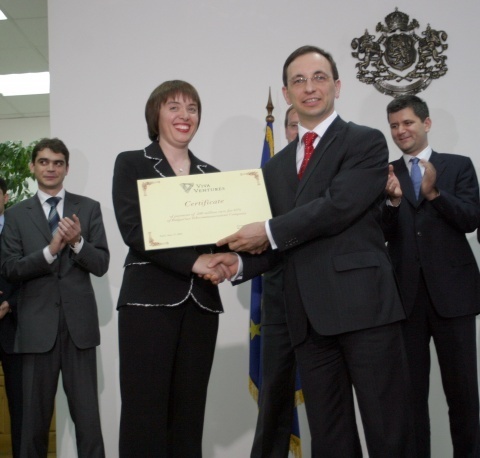 The lawsuit in question was lodged over an alleged breaching of the so-called clawback agreement, which obliged Viva Ventures to pay EUR 78 M to the state in the case of BTC re-sale at a price of over EUR 300 M.

The Bulgarian state has lodged a total of three lawsuits against Viva Ventures, a subsidiary of London-based equity fund Advent International, which acquired a 65% stake in the state Bulgarian Telecommunications Company (BTC), in a widely criticized deal in 2004.

But this is the first and may be the last time that that the Bulgarian state scores a victory against Viva Ventures.

In May this year the International Arbitration Court in Paris ruled that Viva Ventures has abided by its commitments to the telco workforce, as envisaged in the contract for its sale. Bulgaria sought to be paid BGN 60 M in damages by Viva Ventures.

The sale agency took the case to the Supreme Court demanding that the ruling is annulled, but no hearing has been scheduled yet.

The Bulgarian state faces one more defeat in the Paris court, according to insiders, cited by Capital daily.

Under the terms of the deal, Viva Ventures paid EUR 230 M for the purchase and another EUR 50 M for a license to establish a third mobile phone operator in Bulgaria.

It also agreed to pay BGN 18 M to the Defense Ministry in the course of two years under a classified accord for the maintenance of secret defense communications spots and war-purpose equipments.

According to the newspaper sources the supervisory board of the privatization agency is very likely to consider the option of an out-of-court settlement as the sum was paid and that fact featured in official records too. Before the documents were discovered however the state had already lodged its lawsuit.

The long-drawn-out EUR 230 M sale deal for 65% stake in Bulgaria's telecom operator BTC was sealed at the end of February 2004 after nearly two years of procedural predicaments, legal and political battles.

AIG was renamed PineBridge Investments ahead of its acquisition by Chinese telecoms and media tycoon Richard Li's Pacific Century Group (PCG) in 2010.

Now the company has a new owner.

A VTB Capital-led consortium, which includes its local partner Tsvetan Vassilev, the sole owner of Bromak, acquired in the middle of November a controlling stake in Vivacom, part of the continued expansion of VTB Capital’s business in the CEE region.