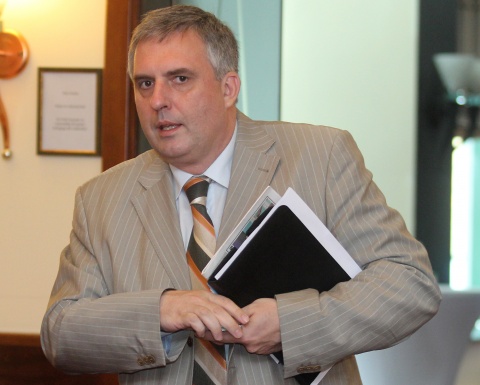 Bulgarian MEP Ivailo Kalfin has requested feedback from the EC regarding the compatibility of the new grid access fee with EU law. Photo by BGNES

The European Commission is examining the legality of the grid access fee for renewable electricity producers introduced by Bulgaria's State Commission for Energy and Water Regulation (DKEVR) in September.

The press office of the Bulgarian MEP and former Foreign Minister reminds that Kalfin requested feedback from the EC regarding the compatibility of the new grid access fee with EU law and whether the watchdog would take steps in connection with the anticipated bankruptcies of renewable energy producers.

If the fast-track check finds irregularities, the EC may launch infringement proceedings and demand that the fee be revoked.

Bulgarian renewable energy producers have staged numerous protests against the new fee for accessing the networks of the three power distributors operating in the country, CEZ, Energo-Pro and EVN.

Producers of green energy have claimed that the fee, which deprives them of up to 40% of their revenues, will result in numerous bankruptcies in the sphere.

Representatives of the renewable energy industry in Bulgaria have also insisted that the fee contradicts EU legislation.