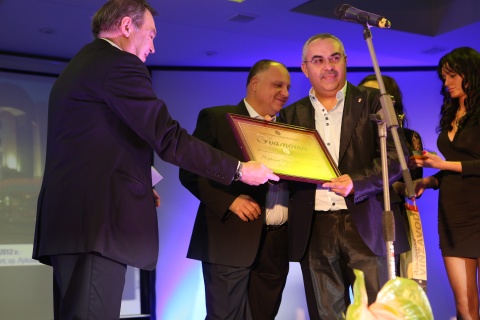 Diplomat Plaza Hotel & Resort has been awarded as Bulgaria's Top Wellness Hotel for 2012 by the Bulgarian Hotel and Restaurant Association (BHRA), the company announced.

The Bulgarian Hotel and Restaurant Association presented on December 4, 2012, its 16th annual awards for achievements in hotel and restaurant management at a ceremony in Grand Hotel Sofia.

It has been awarding the most successful Bulgarian tourism venues since 1996 in a traditional annual contest.

The official guests of the 16th BHRA Awards included Bulgaria's Deputy Economy Minister who is in charge of tourism, Ivo Marinov, as well as a wide range of other representatives of the central and local government, and leading managers from Bulgaria's tourism business.