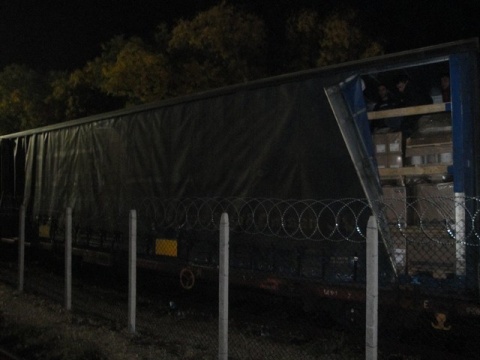 20 illegal immigrants from Cote d'Ivoire were captured by the border guards near the Lesovo border crossing. Photo by Interior Ministry

Bulgaria's Border Police have arrested a total of 20 illegal immigrants who had crossed the border with Turkey overnight, the Interior Ministry announced.

All 20 persons were found to have no IDs but they told the border guards they are from the African country of Ivory Coast (Cote d'Ivoire).

They were detained close to the Lesovo crossing point on the Bulgarian-Turkish border, and their trafficking is under investigation.

Earlier, the Bulgarian border guards arrested five asylum seekers from Algeria, Libya, and Syria, who had escaped from their accommodation facilities to try to make it to Western Europe.