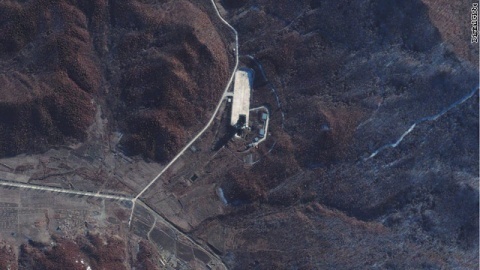 Bulgaria's Foreign Ministry is deeply concerned with North Korea's plan to launch a rocket from the Sohae Space Center between December 10 and 22.

The Foreign Ministry has reminded that the missile launch would violate UN Security Council's Resolution 1718 and Resolution 1874, as well as a number of international agreements signed by North Korea.

Bulgaria has described North Korea's upcoming rocket launch as a "provocative act" that would hamper the international efforts to establish long-term peace on the Korean Peninsula.

It was reported earlier on Wednesday that North Korea completed pre-launch assembly of all three stages of a long-range rocket.

The launch will be North Korea's second this year. A previous launch in April failed when the rocket crashed into the Yellow Sea minutes after liftoff.

Pyongyang notified the International Maritime Organization, a UN shipping agency, about the launch on Monday.

According to the preliminary coordinates, the rocket's first stage would fall into the Yellow Sea between the Korean Peninsula and China, and the second stage separation would take place 136 kilometers east off the Philippines.

North Korea maintains it wants to put satellites into orbit for peaceful purposes, while the international community suspects the launches could be a cover for development of an intercontinental ballistic missile program. North Korea has previously tested nuclear weapons underground.