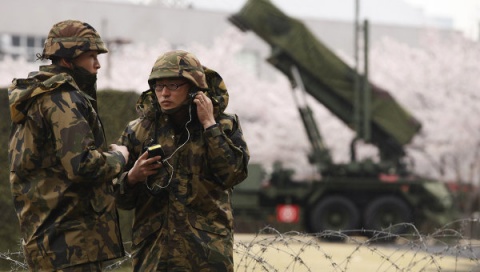 The JDS Kunisaki delivered two Patriot Advanced Capability-3 systems to Ishigaki, which is located about 400 kilometers southwest of Okinawa. Patriots will also be deployed on Okinawa, RIA Novosti informs.

The Japanese military maintains that its air defense capabilities are being readied not to shoot down the Korean rocket, but to destroy any spacecraft elements or debris that might threaten Japanese territory if the rocket deviates from its planned trajectory.

It was reported earlier on Wednesday that North Korea completed pre-launch assembly of all three stages of a long-range rocket.