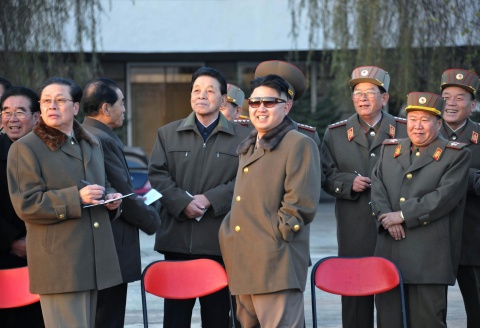 North Korea has completed the pre-launch assembly of all three stages of a long-range rocket for a flight later this month, media reports said on Wednesday, in defiance of international calls to call off the operation.

"North Korea is believed to have completed installation of a long-range rocket on the launch pad" in the country's northwest, a government official told South Korea's Yonhap news agency, as cited by RIA Novosti.

The official, speaking on condition of anonymity said the rocket may be launched between December 10 and 12.

Pyongyang also needs to install "a rocket tracking radar, telemetry equipment and camera systems", KBS radio station reported on its website. North Korea announced last weekend that the launch has been scheduled for sometime between December 10 and 22.

The launch will be North Korea's second this year. A previous launch in April failed when the rocket crashed into the Yellow Sea minutes after liftoff.

Pyongyang notified the International Maritime Organization, a UN shipping agency, about the launch on Monday.

According to the preliminary coordinates, the rocket's first stage would fall into the Yellow Sea between the Korean Peninsula and China, and the second stage separation would take place 136 kilometers east off the Philippines.

North Korea maintains it wants to put satellites into orbit for peaceful purposes, while the international community suspects the launches could be a cover for development of an intercontinental ballistic missile program. North Korea has previously tested nuclear weapons underground.