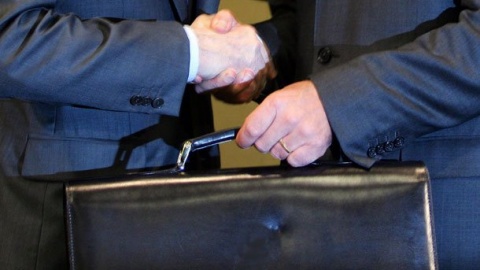 The report of Bulgarian investigative journalists before the EP is titled "Government Level Corruption and Ties with Organized Crime." File photo by BGNES

The European Parliament is holding Wednesday a seminar focusing on corruption practices in Member States.

The presentation on Bulgaria will be delivered by Bulgarian journalists Atanas Tchobanov and Assen Yordanov, founders of the site for investigative journalism Bivol.bg, which is also the official partner of WikiLeaks for Bulgaria, and by human rights activist, Petar Penchev, from the Association for Free Speech Anna Politkovskaya.

Their report is titled "Government Level Corruption and Ties with Organized Crime."

Speaking in an interview for the Bulgarian National Radio, BNR, just hours ahead of the seminar's opening, Yordanov said the presentation will focus on leaked US diplomatic cables about the alleged criminal past of Prime Minister, Boyko Borisov, corruption among senior officials, ties of former Interior Minister, Rumen Petkov, with the mafia, precisely with the notorious Galevi Brothers, and on people with criminal past, who are holding senior posts.

The journalist gave as example the current Mayor of Burgas, from the ruling Citizens for European Development of Bulgaria party, GERB, who has been involved in smuggling, something that has been a proven fact in the recent past.

"Everything we do is in the interest of Bulgaria and society, because people must know who is ruling the country and how public resources are managed," said he in commenting on accusations that Bivol are tarnishing consistently the image of the country.

On his part, Penchev stressed that there wouldn't be a need for them to travel all the way to Brussels if the Bulgarian institutions had done their work.