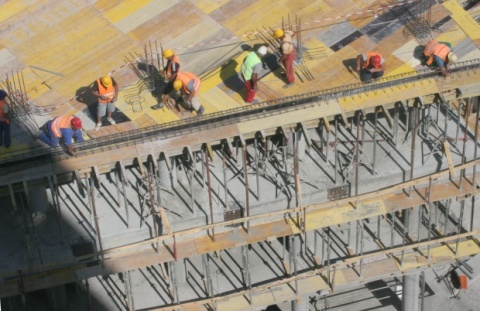 Employers in 11 sectors say that the state coffers receive taxes for 75% of the actual sales. Photo by BGNES

A survey of the Bulgarian Industrial Capital Association (BICA) shows that 25% of sales in the country belong to the grey economy.

According to entrepreneurs from 11 sectors, the state coffers collect taxes for 75% of sales in the country.

Like legal entities, natural persons also tend to fail to declare around 25% of their incomes, according to statistics of BICA.

Boyko Nedyalkov, Deputy Chair of the Board of Directors of BICA, explains that the share of illegal sales in the different sectors has changed.

Two years ago, construction, tourism, and healthcare, had the highest shares of illegal sales, in 2012 the rankings are topped by electrical technologies, perfumery, cosmetics, and polygraphy.

According to the survey, these sectors are most often plagued by undeclared profits, non-issuance of invoices, illegal import and export, envelope payments, and social and health insurance fraud.

The survey of BICA shows that the trend has shifted in favor of contracts with fictitious clauses.

The cases of payment of wages below the minimum for the respective sector are also decreasing, according to BICA.

Failures to issue financial document or to account for financial operations have become twice less common.

According to BICA, 25% of employers systematically breach financial discipline.

Businesses are finding it increasingly difficult to operate in a stagnating environment and the risk of one-off violations is increasing as a result, experts conclude.

The introduction of the remote electronic connection of cash registers to the database of the National Revenue Agency (NRA) has helped bring turnovers into the light.

Receipts from VAT have also been increasing steadily, BICA informs.

BICA also reports about success in restricting the practices of non-payment of taxes, excise duties, and customs duties as a result of tightened control over economic actors' activities and annual reporting.

Apart from that, the share of employers evaluating the preference for cash payments as a common occurrence in Bulgarian economic life fell from 31.2% in 2010 to 14.8% n 2012.

BICA argues that the main reasons behind illegal practices are the numerous and cumbersome administrative requirements, the insufficient public services, the job cuts, the increase in unemployment, and the low wages in Bulgaria.

BICA experts inform that the administrative burden and the deficiencies in public procurement procedures remain unchanged.

BICA proposes a list of 130 measures to be implemented through legal and administrative changes on a national level in order to stimulate legal businesses.