Bulgaria PM on Burgas Terror Attack: Obama Knows, I Know Who Did it 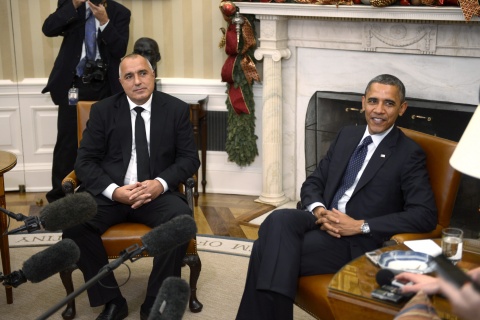 Bulgarian Prime Minister Boyko Borisov has informed US President Barack Obama about the progress of the investigation of the July 18 terrorist attack in the Black Sea city of Burgas.

The bus explosion at the Sarafovo airport in Burgas killed seven, including five Israeli tourists, the suicide bomber, and the Bulgarian driver of the bus.

According to reports of trud.bg, Bulgaria declared in advance that the investigation had not uncovered enough evidence about who staged the attack.

After the Monday meeting with Obama, Borisov gave a press conference in the building of the Bulgarian Embassy in Washington.

Borisov pointed out that the US President fully agreed with the Bulgarian stance that the case required more work to make sure that the evidence would hold up in court.

Bulgaria's Prime Minister emphasized that a number of international and foreign institutions were working on the case.

"President Obama promised that the US special services will start working more intensively to help us obtain more solid evidence against the organizer and perpetrator of the attack in Sarafovo. Both he and I know who it was, but Obama agreed with me that the court needs solid evidence," Borisov declared.

At this stage, Bulgaria has not voiced official support for Israel's version about the terror attack in Burgas, which is also backed by the US and the UK.

Israel has insisted that Iran and Hezbollah are behind the bus bombing at the Sarafovo Airport.

Borisov's meeting at the White House came at the end of his one-day working visit to the US at the invitation of Barack Obama.