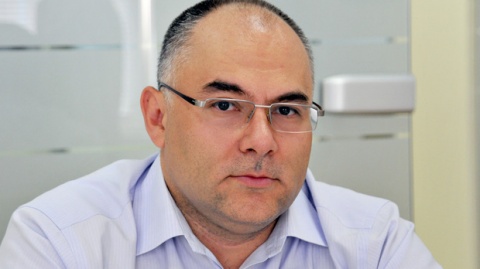 The Bulgarian unit of Greece's Alpha Bank, which last week surprisingly seized control of Economedia, the second largest publishing group in the country, will seek to sell the company in the near future, the media owners fear.

"Despite all our efforts, we ended up in this situation. The bank will most probably seek a buyer on the free media market, so to say," Theodor Zahov, who holds a 49% stake in Economedia, told the national state radio over the weekend.

He refused to disclose the names of the potential buyer, but hinted there is already one.

Zahov's statement fueled rumors that media mogul Irena Krasteva and her son Delyan Peevski, who have been criticized for concentrating Bulgaria's media market in their hands and fawning to those in power, have set their sights on the taking over the influential publishing group having already achieved a near monopoly on the media market in the country.

"We are doing our best and fight with all our might to make so that our media outlets remain free and independent since we are aware of social responsibility that Capital and Dnevnik daily bear," Zahov pointed out, referring to the group's most popular and respected newspapers.

Asked about any planned meetings with the bank and his expectations about how the case will develop, Economedia co-owner replied:

"The situation is quite complicated. Let me say this again - our goal and our efforts are all focused on defending the independent voice of our media group. It would be a shame if this voice goes down the drain. It would be a shame not only for us – we will survive. The real loss will be for the Bulgarian society."

At the end of last week the Bulgarian unit of Greece's Alpha Bank seized control of Economedia company, the second largest publishing group in Bulgaria.

Economedia assets, including business daily paper "Capital daily", along with the most influential weekly paper - Capital and the business internet site Dnevnik.bg, as well as the headquarters of the publishing house, cars and equipment, have been distrained for the benefit of Alpha Bank, according to the media reports.

The publishing group was reportedly mortgaged for a credit worth nearly EUR 9.5 M.

A loan of over EUR 430 000 borrowed from the bank was due at the end of Septmeber, but not paid, according to the reports, a claim that the company vehemently denies.

"We are at a loss as to why Alpha Bank took these steps," a statement by Economedia Board of Directors, circulated to the media, points out.

Alpha Bank has not issued an official statement yet.

The news comes a year after two of the popular Bulgarian daily newspapers - mainstream paper "Dnevnik" and the economic newspaper "Pari" merged into a new newspaper.

Economedia had made a deal for the transfer of the Pari daily into its portfolio from its owner, the Swedish company Bonnier.

Thus, the print edition of Dnevnik and Pari merged into the new paper, "Capital Daily", which is essentially renaming the paper after Economedia's weekly "Capital".

The first issue of Capital Daily came out on Monday, October 31, 2011, the day after Bulgaria's presidential and local elections.