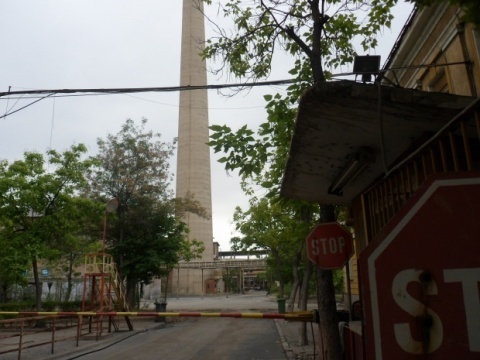 Bulgaria's largest non-ferrous metal plant had to be listed for piece by piece sale after a total management collapse. Photo by BGNES

All workers at the troubled OTzK Kardzhali, Bulgaria's largest non-ferrous metal works, will be shortly fired, according to media reports.

The news comes just days after Bulgarian First Investment Bank, one of the indebted factory's main creditors, officially acquired the plant this Tuesday.

In mid-September, the Lead and Zinc Complex (OTzK) was sold to a newly-founded venture dubbed Harmony 2012, which was the sole bidder in the tender.

At the time of the sale, the Harmony 2012 management and Bulgarian Minister of Economy Delyan Dobrev stated that the factory is to be revived.

Now, from 550 workers employed by OTzK last year, only 84 have remained, and they will soon be dismissed, reports bTV.

The First Investment Bank is expected to keep only 10 employees at the factory to serve as guards of the premises.

The bank is controlled by notorious Bulgarian Ski Federation president and ski companies owner Tseko Minev, who is also believed to be behind Harmony 2012.

The Lead and Zinc Complex ran into serious financial trouble after chronic mismanagement by previous owner Valentin Zahariev, which also caused social unrest in Kardzhali, after Zahariev failed to pay employees' salaries for months on end.