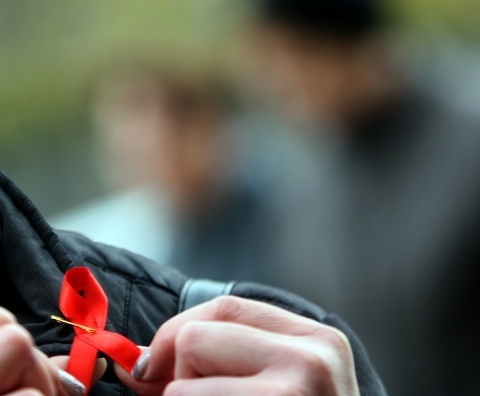 Bulgaria joins Saturday many countries all over the world in marking World Aids Day for the ninth consecutive year.

World AIDS Day, observed on 1 December every year, is dedicated to raising awareness of the AIDS pandemic caused by the spread of HIV infection. Government and health officials observe the day, often with speeches or forums on the AIDS topics. Since 1995, the President of the United States has made an official proclamation on World AIDS Day. Governments of other nations have followed suit and issued similar announcements.

World AIDS Day was first conceived in August 1987 by James W. Bunn and Thomas Netter, two public information officers for the Global Program on AIDS at the World Health Organization in Geneva, Switzerland. Bunn and Netter took their idea to Dr. Jonathan Mann, Director of the Global Program on AIDS (now known as UNAIDS). Dr. Mann liked the concept, approved it, and agreed with the recommendation that the first observance of World AIDS Day should be 1 December 1988.

Globally an estimated 34 million people have HIV, half of them women. More than 25 million people between 1981 and 2007 have died from the virus, making it one of the most destructive pandemics in history.

In Bulgaria, the first case was discovered in 1986 in a student from Tanzania.

According to the Bulgarian Healthcare Ministry, there were 139 newly discovered cases in 2012 (108 men and 31 women). 45% of these cases are young people, under the age of 39. 70% of the newly-registered were infected through sexual intercourse.

The Bulgarian Healthcare Ministry has launched a nation-wide informational anti-AIDS campaign aiming to promote safe sex among the country's population, as well as a more tolerant attitude towards those who are living with AIDS.

Mobile HIV testing clinics will be available on Saturday at several key spots in downtown Sofia.

The Bulgarian Red Cross youth organization is organizing a "flash mob" of information kiosks at metro stations in the capital Sofia to distribute brochures and condoms. Mobile teams will also distribute informational materials.

A candlelight vigil will be held in the evening in the park at the National Palace of Culture, NDK, in downtown Sofia.

In 1991 – a decade after the emergence of HIV – a group of 12 artists gathered to discuss a new project for Visual Aids; a New York arts organization that raises awareness of HIV. They were photographers, painters, film makers and costume designers, and they sat around in the shared gallery space in New York's East Village.

The artists wanted to get people talking about HIV and to create a visual expression of compassion for people living with, and affected by, HIV.

At that time, HIV was highly stigmatized and people living with HIV were suffering behind closed doors, some too scared to even tell their loved ones.

The artists were inspired by the yellow ribbons tied on trees to denote support for the US military fighting in the Gulf War.

Pink and the rainbow colors were rejected because they were too closely associated with the gay community, and they wanted to convey that HIV went beyond the gay community and was relevant to everyone.

The shape was chosen simply because it was easy to make and replicate – anyone can make one by just cutting out a piece of ribbon, looping it around your finger and pinning it on.

In the early days, the artists made the ribbons themselves and distributed them around New York.

Within weeks of the red ribbon idea being born, world-famous actors starting wearing the red ribbon to high-profile award ceremonies such as the Oscars.

At the Freddie Mercury Tribute Concert held at London's Wembley Stadium on Easter Sunday 1992, more than 100 000 red ribbons were distributed among the audience, with performers such as George Michael wearing one.