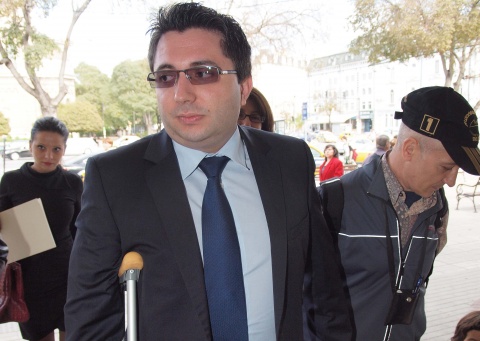 According to Nikolay Nankov, Deputy Minister of Regional Development and Public Works, Bulgaria and Romania have signed a total of 26 contracts under the Romania-Bulgaria Cross Border Cooperation Program 2007-2013. Photo by BGNES

Nikolay Nankov, Deputy Minister of Regional Development and Public Works, has announced that a total of 26 contracts have been signed under the Romania-Bulgaria Cross Border Cooperation Program 2007-2013.

Speaking Wednesday after the ninth meeting of the Joint Monitoring Committee of the Program, Nankov made clear that the contracts had a total value of EUR 223 M, of which EUR 197 M had been provided under the European Regional Development Fund (ERDF).

He added that the contracted funds amounted to 91.31% of the Program's budget.

The meeting took place in Calarasi, Romania, and was co-chaired by Nankov.

During the meeting, the Joint Monitoring Committee of the Program adopted a number of strategies and agreed on the need to establish a working group to boost the absorption of financial resources.

With a view to a maximum absorption of the financial resources, a working group will be set up for the successful completion of the activities under it

Strategic projects financed under the program will provide database and surveys on trans-border territory which will be necessary for the goals of strategic planning and programming for the 2014-2020 period.

During the meeting it was also agreed to study opportunities and propose alternative scenarios for the construction of a third bridge over the Danube River.