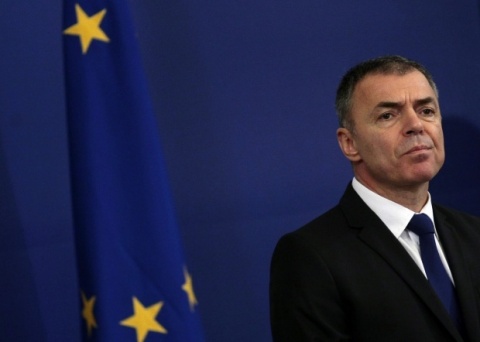 Bulgaria's Education Minister, Sergey Ignatov, is firm behind the management of the Scientific Research Fund, which has been accused of criminal misuse of resources. Photo by BGNES

There is no criminal misuse of resources at the Scientific Research Fund, according to Bulgaria's Education Minister, Sergey Ignatov.

Ignatov spoke Tuesday for Nova TV in the aftermath of a number of reports about conflict of interests, money draining and trading influence at the Fund.

He noted that in public space these matters were presented like a soap opera, which is not how the world of science operated, adding in 2012 the found granted nearly BGN 21 M.

"Those who applied for funding have asked for over BGN 386 M, which is normal. 1 095 applied and 95 were nominated, Of course, the 1 000 who did not win will have objections, and this is their right. They can file claims within the deadline. Some people complained to me instead to the Fund. We told them that the Education Ministry is not a mailbox and cannot intervene or influence the decisions. The projects have been reviewed by 400 experts and 12 expert committees," Ignatov explained.

The Minister also stressed that all companies which won were registered according to the EU requirements, and they grant rights to organizations without public financing to develop science. He called the said companies "scientific associations i.e. scientific businesses."

"When reviewers assess the project they have no idea if this is a company, an academy, or a consortium. After the winning bidders are announced everyone can see online who their boss is. It is not mandatory that he or she is a scientist or researcher," Ignatov said.

Regarding Prof. Miroslava Kortenska who was recently dismissed from the Fund's Executive Board on grounds she has been the one embezzling money, he informed that the case had been sent to the Prosecutor's Office.

"I expect her to be summoned there soon. Suddenly her name popped up as the author of 30 reviews. This is simply physically impossible, not to speak about quality," the Minister stated.

The controversial Head of the Fund, Rangel Gyurov claims Kortenska had blackmailed members of the Fund and had used fake names to write reviews since she could not do it over her post with the Executive Board. According to him, she had received BGN 10 000 for influencing the outcome through the said reviews.

Ignatov said Tuesday that she had embezzled over BGN 30 000.

Kortenska insists she was fired because she threatened to become a whistle-blower about all violations, conflict of interests, and trading influence, as the majority of scientists claim as well.

Amidst the raging scandal, the scientific community is considering organizing a National Protest Rally for Science and Education.

They continue to insist on a probe in the granting of money for projects and in Kortenska dismissal, along with full overhaul of the Fund.

The Fund is one of the very scarce options for Bulgarian scientists and researchers to find financing for their projects.