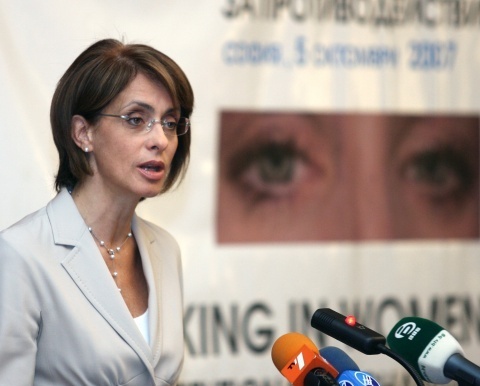 In a letter sent to Kabaivanov on Monday, Neynsky declared that he had "gone too far, beyond any boundaries. "

The party's MPs refused to back the nomination of former President Petar Stoyanov (1997-2001) for constitutional judge, saying they did not oppose Stoyanov personally, but the fact that the nomination was imposed by Prime Minister Boyko Borisov and his centrist-right GERB party.

Last week, Bulgaria's Prime Minister Boyko Borisov unexpectedly invited UDF to name a replacement for GERB's unfortunate constitutional judge nomination, saying the formation was the oldest right-wing party in Bulgaria and is a member of the European People's Party, EPP, similarly to GERB. UDF's governing body agreed and nominated Stoyanov for constitutional judge. However, he declined.

Neynsky has explained she is remaining a MEP from the Blue Coalition (a coalition between UDF and the Democrats for strong Bulgaria, now existing only in the Bulgarian Parliament), which she sees as the last vestige of hope for Bulgarian democrats.

On Tuesday, Kabaivanov told bTV that the Blue Coalition did not exist any longer and urged Neynsky to resign.