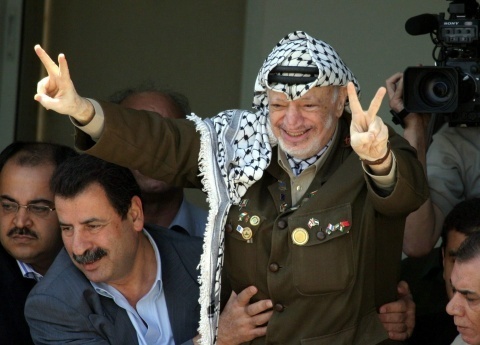 The remains of late Palestinian leader Yasser Arafat have been exhumed as part of an investigation into how he leader died.

Swiss, French and Russian experts will take samples to establish whether his death, at a military hospital in Paris in 2004, was the result of poisoning, BBC informs.

Arafat is expected to be reburied with a military ceremony.

Arafat, who led the Palestine Liberation Organization (PLO) for 35 years, died in Paris in November 2004 after suddenly falling ill. His death has been attributed, alternatively, to either illness or poisoning.