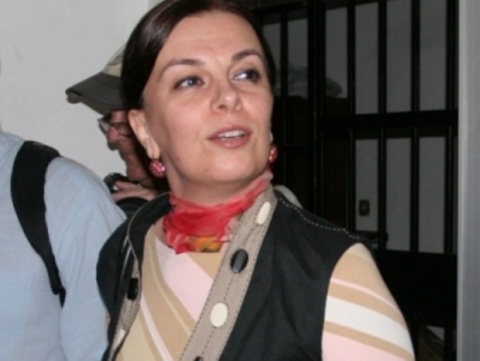 Miroslava Todorova, former Chair of the Association of Judges in Bulgaria (AJB), has been elected Executive Director of the AJB. Photo by BGNES

Miroslava Todorova, former Chair of the Association of Judges in Bulgaria (AJB), has been elected Executive Director of the AJB.

The Management Board of the AJB unanimously backed Todorova's bid in a vote held late on Friday, according to Nelly Kustkova, AJB Spokesperson.

Todorova will act as Executive Director of the AJB on a voluntary basis without payment, according to reports of the Focus news agency.

"The judges expressed full solidarity with Miroslava Todorova. Due to her unclear status, because she was dismissed, Todorova did not apply for the post of AJB Chair in order to not obstruct its operations," Kutskova made clear.

The General Assembly of the AJB elected Tanya Marinova, judge at the Sofia City Court, as Chair of the AJB late on Friday in Plovdiv.

Apart from that, the Management Board of the AJB was increased from 7 to 9 members due to the mounting workload.

Sofia City Court judge Todorova was dismissed in July 2012 by the Supreme Judicial Council over delayed submission of written motives to cases she presided over.

Todorova's disciplinary dismissal was upheld by the Supreme Administrative Court in end-July.

On November 23, Todorova was dismissed from the post of AJB Chair.

Todorova is appealing the acquittal of Interior Minister Tsvetan Tsvetanov in a high-profile libel trial.

On October 18, the Plovdiv Regional Court acquitted Tsvetanov in the libel case initiated by Todorova over two consecutive interviews of the Interior Minister in which he accused her of incompetence and of patronizing organized crime because of the delayed presentation of the written motives to an eight-year jail sentence handed down to drug lord Vasil Manikatov.

Todorova insisted that Tsvetanov had voiced untrue and defamatory allegations about her work as a judge and as AJB Chair.