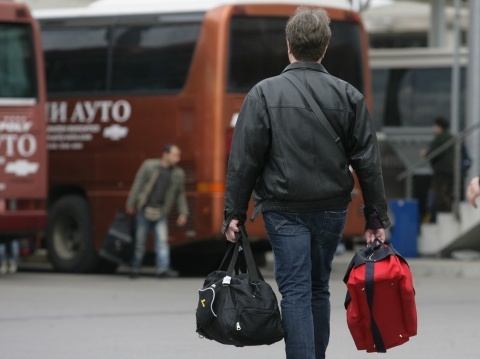 Bus companies in Bulgaria can no longer execute parcel deliveries. Photo by BGNES

Bus drivers in Bulgaria will no longer be allowed to deliver parcels, under legal amendments that parliament adopted on Friday.

It was not immediately clear what penalties will be imposed on the bus companies offering the service, which, MPs say, constitutes an unregulated courier service.

The amendments are part of a package of security measures on buses, driven by the July 18 bus bombing in the Black Sea city of Burgas, which killed 7 and injured more than 30.

According to unofficial reports, in 2008, when the national counter-terrorism plan was being prepared, the State Agency for National Security (DANS) insisted that drivers should check passengers' luggage, but the Transport Ministry declared that they could not force private transport companies to make checks.

Passengers' luggage can only be searched in joint checks with the police triggered by tip-offs about heightened risk.