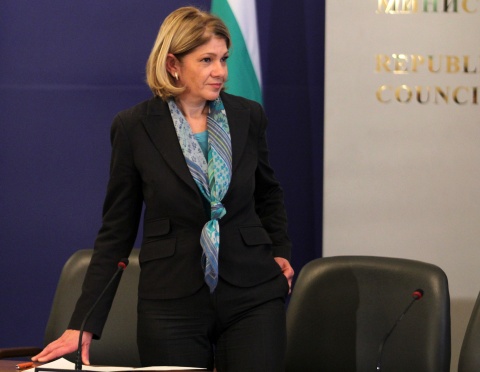 Emphasizing that Bulgaria's problem with substandard landfills has existed for over 10 years, Environment Minister Nona Karadzhova has argued that the issue has been resolved and will not escalate in infringement proceedings due to the "good cooperation with the European Commission."

On Wednesday, the European Commission asked Bulgaria to bring its landfills in line with EU legislation as a part of a horizontal exercise concerning several Member States.

"Under EU law, landfilling should only be used as a last resort, and it can only be done under conditions that avoid impacts on human health and the environment. Bulgaria had agreed to close the landfills that do not meet the requirements of EU legislation. But, while some progress has been made, 124 landfills are still in breach of the legislation. The Commission is therefore sending a reasoned opinion (the second stage in EU infringement proceedings), giving Bulgaria two months to reply. If it fails to do so, the Commission may refer the case to the EU Court of Justice," the EC said in a press release.

In her Thursday statement, Karadzhova suggested that Bulgaria would come up with a fitting response to the EC within the two-month deadline.

"I believe that we have things to say on the long-neglected topic which was declared a priority of our government," Bulgaria's Environment Minister said, as cited by the Bulgarian Telegraph Agency (BTA).

"We stand a chance of avoiding infringement proceedings if we file reports on a monthly basis and we manage to convince the EC that municipalities have taken things into their own hands and they fulfill their household waste management commitment with support from the government," Karadzhova declared.

She went on to remind that Bulgaria's commitment in the sphere had expired on July 16, 2009.

Karadzhova reasoned that the steps taken over the past three years were sufficient proof that Bulgaria would deal with the problem without being subject to infringement proceedings.

"However, if we fail to convince the EC that everything is alright, I shall send the invoices to the previous government and the mayors who were in office from 2000 to 2009," Karadzhova commented, adding that the money spent on the controversial Vodno Ogledalo (Water Mirror) project in the southern city of Kardzhali could have gone into building top quality waste management systems all over Bulgaria.

The "Water Mirror" is a water system project in the city of Kardzhali which was started by the former three-way coalition government, which did not pay in full for its construction.

Since assuming office in 2009, Prime Minister Boyko Borisov has criticized the project on numerous occasions, stating it was too expensive and that the money should have been spent elsewhere.