NATO SG: Bulgaria's Accession to NATO Strengthened Its Own Security 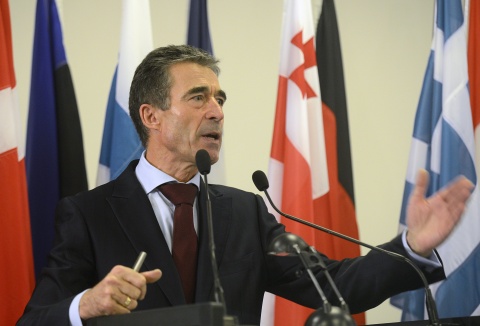 Bulgaria's accession to NATO helped strengthen its own security, according to the statement of NATO Secretary General Anders Fogh Rasmussen on the occasion of the 10th anniversary from the Prague Summit.

Rasmussen's statement reminds that the seven-strong group of countries formed the single largest group ever to to join the alliance.

"By joining NATO, Bulgaria, Estonia, Latvia, Lithuania, Romania, Slovakia and Slovenia strengthened their own security as well that of NATO and the entire Euro-Atlantic region.  All seven contribute greatly in political and operational terms to the work that NATO does," Rasmussen notes.

He goes on to argue that the accession of the seven countries to NATO "marked a decisive step towards a Europe that is whole, free and at peace", which he says is what the Alliance always aspired to achieve.