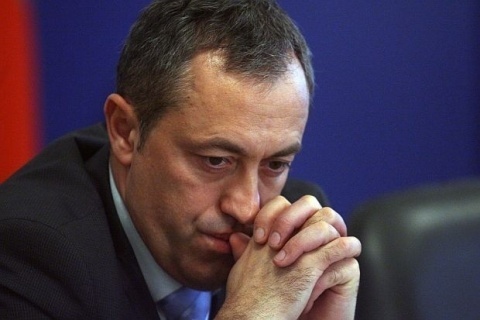 The decision to not protest the acquittal of businessmen Mario Nikolov, Lyudmil Stoykov and the other defendants in Bulgaria's highly publicized SAPARD money laundering case has been made singlehandedly and will be investigated.

The statement was delivered by the interim Chief Prosecutor, Boyko Naydenov, after headlines that the move fully clears the defendants of all charges, bringing to an end a strongly politicized trial, which was closely monitored by the European Commission.

The probe will be for obstructing justice. The interim Chief Prosecutor also stressed he firmly opposed the decision to not protest the not-guilty verdicts.

Nenkov has decided to not appeal citing lack of evidence that the defendants have laundered money from SAPPARD. However, at the emergency briefing, Naydenov explained that an entire team of prosecutors oppose this claim. He added the Prosecutor's Office was still deciding on its next move, but, most likely, it will ask the Supreme Court of Cassations, SCC, to start the case from scratch – from the pretrial proceedings and collection of evidence.

Nenkov, on his part, underscored that the not-guilty verdicts of the other defendants have been already protested before SCC, thus the Supreme Court will rule on the case anyway. Before reporters he was firm he made the decision based on his own conviction, without any outside pressure.

However, the Sofia Court of Appeals found them not guilty, after the harsh sentences issued by the first instance.

Even before judge Kalin Kalpakchiev, who was later elected VSS member, published his motives, Prime Minister, Boyko Borisov, blasted him for the rule. His Deputy and Interior Minister, Tsvetan Tsvetanov, did the same. Boyko Naydenov, then Head of the National Investigative Services and Nikolay Kokinov, Sofia City Prosecutor, also opposed the not-guilty verdicts.

After the exonerating rule, the European Commission declared it was going to follow with great interest the future developments in the so-called SAPARD case for the draining of EUR millions of EU funds. EC spokesperson Mark Gray, speaking in an interview for the Bulgarian National Radio, BNR, stressed the trial is among the key ones used by Brussels to assess the country's progress in the fight against corruption and abuse of EU funds.

Kalpakchiev's motives, sent to the EU's anti-fraud office, OLAF, and to EU Ambassadors, made it clear the blame for the failure to sentence the two murky businessmen falls entirely on the prosecution.

One of the main listed reasons is the fact the Bulgarian prosecution never used as evidence materials sent from Germany, from its own trial in the same SAPARD draining case against two accomplices - German nationals Ulrich Reisacher and Michael Engelhardt, who were found guilty and sentenced as early as 2008.

Another obstacle before the judge has been the decision of the prosecution to divide the case in two – for money draining and money laundering.

The above made it impossible to obtain the full picture of the alleged crime, the motives conclude. Kalpakchiev writes that some evidence pertained to the charges, but a large portion was simply hearsay.

Initially, the prosecution had protested the not-guilty verdict, but later recounted, as it was announced Wednesday.

There is another trial against Nikolov and Stoykov – for draining SAPARD funds.

The legal process against Nikolov was provoked by revelations of OLAF, according to which a group of 60 Bulgarian, foreign and offshore organizations had participated in tax fraud and money laundering.

Nikolov and Stoykov were both sponsors of former President Georgi Parvanov's campaign for his second term in office.