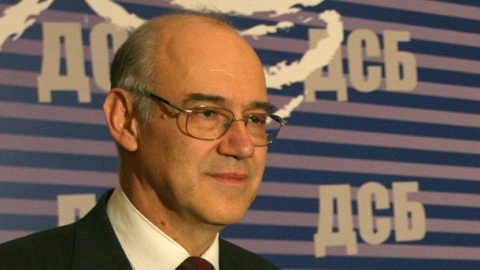 Bulgaria's right-wing Democrats for Strong Bulgaria party (DSB) is to establish an initiative committee against the development of nuclear energy in the country through the construction of the Belene nuclear power plant project.

DSB will thus take part in the ongoing debate surrounding the upcoming referendum that will decide the project's fate.

The pro-Belene party launched a petition for a referendum on the Russian-Bulgarian project's fate after the ruling centrist-right GERB scrapped the project in March. The original question of the petition was: "Should nuclear energy be developed in Bulgaria through the building of a Nuclear Plant at the Belene site?" However, GERB's parliamentary majority decided to edit the question, removing any specific reference to the Belene project.

DSB, which has reiterated its stance against the construction of Belene on numerous occasions, believes that the Bulgarian Socialist Party pursues the project because of its involvement in corruption schemes.