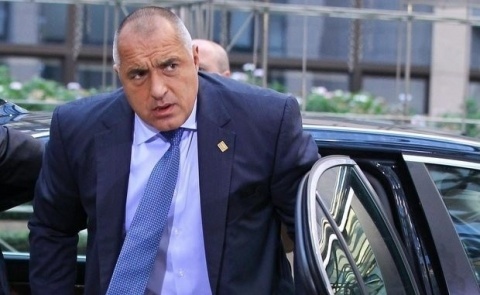 Bulgarian PM Boyko Borisov has chosen an interactive approach to convince the public that there is no media dependence and censorship in Bulgaria.

At a press conference Monday, Borisov was asked to comment recent criticism from national and European Commission sources regarding media freedom in the country.

Visibly agitated, the PM proceded to ask journalists present at the press event whether any one of them felt pressured or unfree in their work, reports OffNews.bg.

"I do not worry about those criticisms, because there cannot be a greater freedom of speech. What can I do more?" asked Borisov.

"So now let us count. How many of you an answer to your colleague that you are part of a media monopoly or you are suffering from censorship?" proceded the PM.

No one answered, but another journalist pressed the question, recalling remarks made by European Digital Agenda Commissioner Nellie Kroes regarding the media situation in Bulgaria.

"Leave Nellie Kroes alone, it is you who is being asked! Have you for example ever been instructed to ask me or not ask me a certain question?" proceded a spirited Borisov.

"So this is the situation with censorship - there is no censorship in Bulgaria, you can ask me whatever you want and air it however you like," concluded the PM.