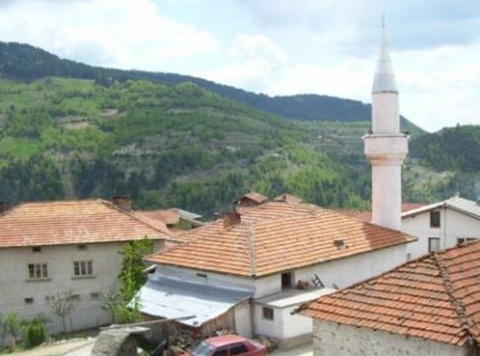 The village of Tsrancha is located in the Rhodoppe mountains close to the Bulgarian-Greek border and has mostly Muslim population. Photo by sbj-bg.eu

Residents of the Bulgarian village of Tsrancha, located very close to the Greek border, wish to secede and become administratively and economically part of Greece.

The 680 residents of the village, outraged by the unfair rule of the central power in Sofia, have decide unanimously to write to Greek authorities and the Greek Embassy in Sofia to ask to join Greece.

The publication notes that they grow tobacco, are Muslim, and have close ties with Greece. Younger residents are fleeing to Greece, Great Britain, and the Netherlands, while the older ones remember with nostalgia the rule of Communist Dictator, Todor Zhivkov, with industrial production in the region, work, retirement pensions and medical care for everyone.

"In Greece, land and farmers are respected; in Bulgaria only crooks are veneered," one local is quoted saying before the Bulgarian 24 Chassa (24 Hours) daily, which also reports on the story.

The villagers have established an initiative committee asking to reinstate their ownership of the lands, which they have failed to achieve in the last 20 plus years. The Committee is led by former Deputy Social Policy and Labor Minister in the previous Three-Way Coalition Cabinet, Vassil Voynov.

People from Tsrancha say they own lands but cannot afford to pay the fees to get them back, adding they are in the absurd situation of "having to purchase land from their grandfathers."

In addition to the land issue, locals blame the Bulgarian State for not asphalting for decades the 7-km road to the nearby village of Vaklinovo, forcing them to make a 50-km detour. They also consider a blockade of the Ilinden-Exochi road and a hunger strike before the Council of Ministers building in the capital Sofia.

Kathimerini further comments that with their request to join Greece, the Bulgarian villagers have achieved international glory since leading agencies reported on the news and even sent crews to Tsrancha.

Residents say they now their demand is unfeasible, but wanted to be heart. Their letter has reached the Prime Minister and the President of Bulgaria.

Just days ago, Finance Minister Simeon Djankov, declared in 4-5 years the average Bulgarian will be richer than the average Greek.