Borisov Asks Israel to 'Take Care' of Bulgarians near Gaza 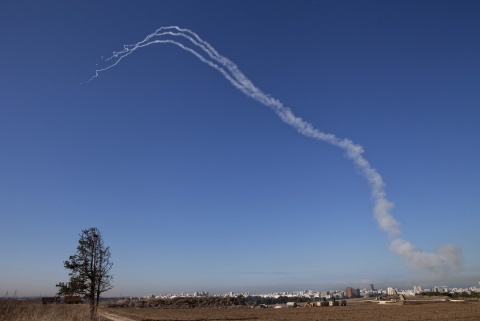 Tensions and violence between Israel and Hamas are escalating with both sides firing rockets at each other. Photo by EPA/BGNES

Bulgarian Prime Minister, Boyko Borisov, has spoken to Israeli counterpart, Benyamin Netanyahu, asking him to take care of the safety of Bulgarians, living and working near Gaza.

The Bulgarian Standard daily reports that in a phone call, placed by Borisov late Saturday evening, Netanyahu has assured his Bulgarian colleague that all measures will be taken to guarantee the security of Bulgarian nationals.

On Saturday, Bulgarian workers, employed in Israel's town of Netivot, deemed to be in danger over close proximity with the Gaza strip, were transported with the help of the Bulgarian Embassy to Tel Aviv.

14 out of the 17 are in Tel Aviv now, 2, who earlier expressed desire to return to Bulgaria, are already back home, and 1 has refused to leave Netivot.

It was reported earlier that the group, working in Netivot under a Bulgarian-Israeli agreement for temporary employment, called the Bulgarian Embassy in Tel Aviv, prompting the Ambassador to pay them a visit on Friday, when he established their security was problematic.

The Embassy is also monitoring the situation and is in touch with another 19 Bulgarians, who are working under the same agreement in Persheva. They also wish to be relocated to a safer place in Israel.

The Foreign Ministry calls on Bulgarians in Israel or with travel plans to go there to register in the "I Am Traveling To..." section online at www.mfa.bg.

Meanwhile, tensions and violence between Israel and Hamas which started Wednesday, when Israel killed Hamas's military chief, Ahmed Jabari, are escalating with both sides firing rockets at each other.