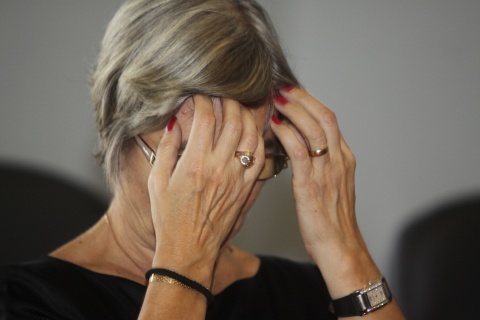 Bulgaria's government is still keenly waiting a reaction from the European Commission, a day after the president blocked a judge suspected of graft from taking a position at the country's highest court amid EU concerns.

"We followed closely the development of today's events. There is no immediate reaction available. We will analyze everything in details and only after that we will come up with a statement," EC spokesperson, Mark Gray, told the Bulgarian National Radio, BNR, late on Thursday. As the prospect of Markovska's appointment loomed large earlier this month, the European Commission voiced concerns over the allegations against her, though declining to comment on the qualities of the person in question.

Brussels stressed it was up to authorities in Bulgaria to decide what is ahead, but hinted the shadow cast by the doubts over Markovska's reputation increases the threat of an additional, interim report on the country's justice and home affairs.

On Thursday Bulgarian President, Rosen Plevneliev defended vehemently his unprecedented decision to leave the ceremony for the oath of office of one of the country's new constitutional judges, blocking her appointment. "There have been doubts about the moral qualities of one of the chosen constitutional judges. This is the reason why I have repeatedly called on that candidate to first clear her name and then swear in," Plevneliev said, referring to controversial magistrate Veneta Markovska.

Markovska, who resigned as a deputy head of the Supreme Administrative Court to take the Constitutional Court post, has denied any wrongdoing.

She came to the official ceremony on Thursday to take an oath and become a constitutional judge, despite official requests to withdraw following allegations of possible trade in influence.

The president left at the moment when Veneta Markovska had to be sworn in. He delivered an address to the new members of the Constitutional Court, but left the hall when it had been Markovska's turn to take the oath.

Plevneliev's move in reality blocked Markovska's joining of the Constitutional Court since under the law the oath is considered valid only if taken in the presence of the Head of State.

The president explained that a letter from the prosecutor's office, which he received in the last minute, only made even firmer in his decision to block Markovska.