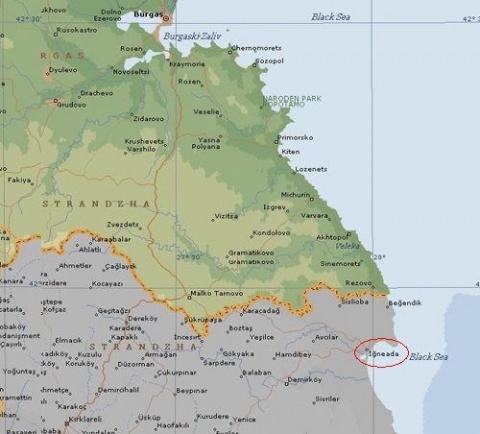 The Bulgarian Black Sea city of Burgas is only 75 km north of Turkey's Igneada. Map by stroitelstvo.info

Bulgaria's Ministry of Environment wants to have a say in the environmental impact assessment (EIA) of the thermal power plant (TPP) to be built several kilometers away from Turkey's border with Bulgaria.

Speaking Thursday in the village of Bratovo, Burgas Municipality, Environment Minister Nona Karadzhova explained that Bulgaria's demands would be stated in an official letter which would be sent to Turkey via the Foreign Ministry.

Karadzhova said that Bulgaria would also ask Turkey to provide access to information on the project for the construction of a TPP in the town of Igneada, 5 kilometers south of the Rezovska (Rezovo) River, which marks the Bulgarian-Turkish border.

Last week it was announced that a private Turkish company wanted to build a 1200 MW TPP running on imported coal in the town of Igneada.

The company's plea is currently being reviewed by the Turkish Energy Market Regulatory Authority (EMRA), according to reports of mediapool.bg.