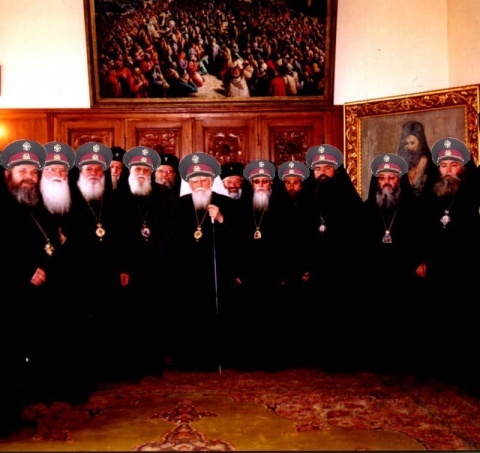 Eleven out of a total of fifteen Bulgarian Metropolitan bishops have been exposed as collaborators and agents of the country's former Communist State Security. The picture is a collage of Vladmir Doychinov.

Bulgaria’s Veliko Tarnovo Bishop Grigoriy is withdrawing his signatures from the protocol of the Saturday sitting of the Holy Synod which elected the interim patriarch of the Bulgarian Orthodox Church.

On November 10, Varna Bishop Kiril received support from 7 of the 12 attending metropolitans in a secret vote, making him the interim head of the Church. The decision that Kiril is to also serve as interim Sofia metropolitan bishop was made at the same meeting, which was chaired precisely by Grigoriy.

In an open letter to the Holy Synod, sent Tuesday and published on the official site of the Bulgarian Orthodox Church, the Veliko Tarnovo Bishop informs that he is withdrawing his signatures over the growing criticism against the Church, particularly for violating the Holy Synod’s Code in selecting the interim patriarch and Sofia metropolitan.

He writes that he was firmly insisting for his signatures to be deleted and made invalid.

Plovdiv Bishop Nikolay, on his part, announced Monday his official position on the selection of Kiril.

He sent an open letter to the Holy Synod as well, stating he intended to keep silence for 40 days and to skip attending the Synod's meetings. Nikolay also voices alarm about the sitting and the election being conducted in violation of the Code.