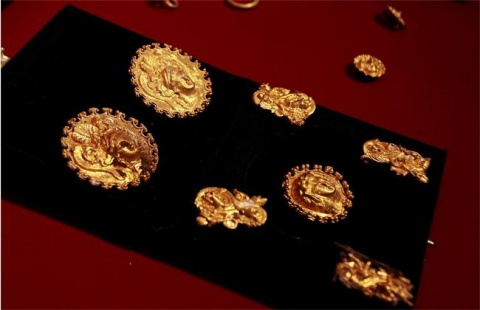 Bulgaria's Culture Minister, Vezhdi Rashidov, has informed Monday that the unique gold Thracian treasure recently discovered in the famous Sveshtari tomb in Bulgaria would be soon displayed at the Louvre.

Speaking in an interview for TV7, Rashidov congratulated with the discovery the team of archaeologists, led by one of the most prominent Bulgarian experts on Thracian archaeology, Prof. Diana Gergova, from the National Archaeology Institute at the Bulgarian Academy of Sciences, BAS. He pointed out this was an extremely intricate treasure, with high-quality molds and applications.

"After 20 years of hard work this lady finally achieved huge success. It is also marvelous that our lands continue to unearth such treasures," said he.

The Minister explained that Bulgaria will soon have a large display of Thracian culture at the world-famous Louvre museum in Paris, pointing out the new find had caused renewed interest there since the museum wants to show new objects as well.

Rashidov voiced firm conviction the Sveshtari treasure would be included in the display. He further informed he expected the Louvre's Deputy Chair to arrive in Bulgarian soon for just one of the recent series of working meetings.