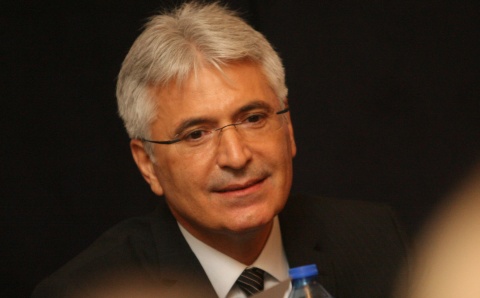 Petko Nikolov, Chair of Bulgaria's Commission for Protection of Competition (KZK), will take part in a Sofia-based meeting of competition authorities of the Western Balkan countries. Photo by BGNES

Petko Nikolov, Chair of Bulgaria's Commission for Protection of Competition (KZK), has said that the watchdog is ready to check whether taxi companies in Sofia acted in collusion to increase fares as of November 1.

On November 8, KZK fined Industrial Commerce EOOD with BGN 15 988 300, or 10% of the company's turnover for 2012, over concerted practices and vertical agreements between the company and five car dealers.

In his Monday statement, KZK Chair Petko Nikolov explained that the fine was in line with Bulgarian and EU legislation and had been imposed after coordination with EU anti-trust watchdogs.

The KZK Chair will participate in the first of its kind meeting of competition authorities of the Western Balkan countries taking place in Sofia.

The forum will be attended by officials of the competition commissions of Albania, Bosnia and Herzegovina, Croatia, Kosovo, the former Yugoslav Republic of Macedonia, Serbia, and Montenegro.

The meeting is under the aegis of the United Nations Conference on Trade and Development (UNCTAD) and aims to support the competition authorities in EU Candidate countries and potential candidate countries.

The initiative is to offer opportunities for exchange of information and experience in the sphere of competition law.

"Due to the fact that most countries in the region face similar challenges in their transition to a market economy, the problems in the application of laws in the sphere are also similar," Nikolov specified.

He pointed out that the main goals of the forum taking place in Sofia included the creation and streamlining of a legal framework in the countries in the region, boosting the expert capacity of the institutions, and the application of best practices in the sphere.

The KZK boasted that the UN had selected Bulgaria of all EU Member States in the region to spearhead the integration of competition policies of Western Balkan countries because the Bulgarian watchdog had proved its good practices and its well-trained staff over the years.