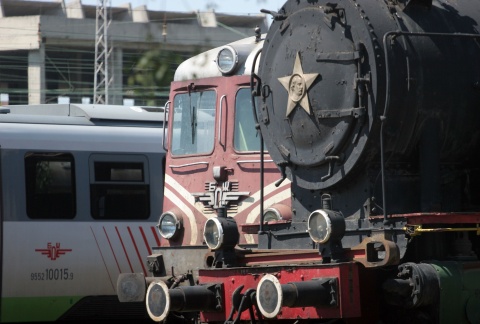 Bulgaria may face hefty fines if it passes amendments to the Railway Transport Act contradicting EU legislation in the sphere, according to Georgi Minchev from the Bulgarian Association for Freight Forwarding, Transport and Logistics. Photo by BGNES

Draft amendments to the Railway Transport Act under which the National Railway Infrastructure Company (NRIC) is allowed to carry out rail transport activities flagrantly contradict EU Directives, according to Georgi Minchev, member of the Managing Board of the Bulgarian Association for Freight Forwarding, Transport and Logistics.

"If the National Railway Infrastructure Company is allowed to run standard transportation services, this will be a violation of the EU Directive on the separation of infrastructure from the transport service," he explained.

Minchev argued that Bulgaria could face serious fines if it allowed a violation of the EU Directive.

Minchev voiced fears that the adoption of the proposed amendments to the Railway Transport Act allowing the merger of the Bulgarian State Railways (BDZ) company and the National Railway Infrastructure Company would create conditions for unfair competition with taxpayers' money.

Minchev noted that a total of three state-owned companies, among which BDZ Passenger Services, had a license to run the full spectrum of rail transport services, which created the conditions for a liberalized market which would be undermined with the introduction of the amendments.