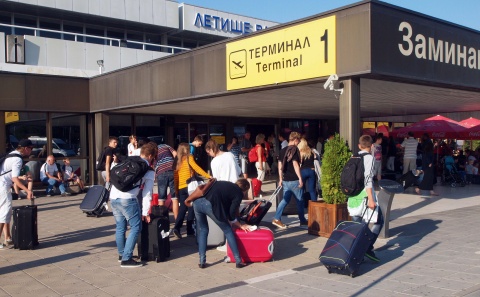 Meanwhile, Varna Airport serviced over 1.17 million passengers since the beginning of 2012, up by 0.7% as compared to 2011, according to reports of business news portal investor.bg based on recent data on the passenger flow through the two major Bulgarian Black Sea airports granted under concession to Fraport Twin Star Airport Management AD.

According to the data of the Bulgarian-German consortium, in the past months of 2012, most of all during the summer tourist season, Russia and Germany remained the main markets for the two Black Sea airports.

The concessionaire of the airports in Varna and Burgas is currently building two new passenger terminals which are to be completed in the summer of 2013.

The investment in the construction of the two terminals is part of the investment plan of Frapport for the two Black Sea airports amounting to nearly BGN 250 M.

The new terminals will have much bigger areas for arriving and departing passengers, new commercial spaces, and will be equipped with modern passenger service systems, according to Fraport Twin Star Airport Management AD.