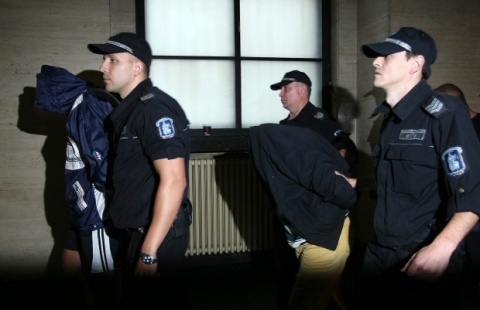 They are Petar Stoyanov the "Chieftain," Vasil Kostov, Yanko Popov, and Georgi Valev.

The operation was carried out by the police, DANS, and the Sofia City Prosecutor's Office in connection with the murder of the controversial Samokov football club president Yuriy Galev. The President of the Bulgarian Sumo Federation Petar Stoyanov aka the "Chieftain" was among those detained.

The trial continues at the Shumen Regional Court with two other prosecutors and about 20 defense lawyers making their pleas.