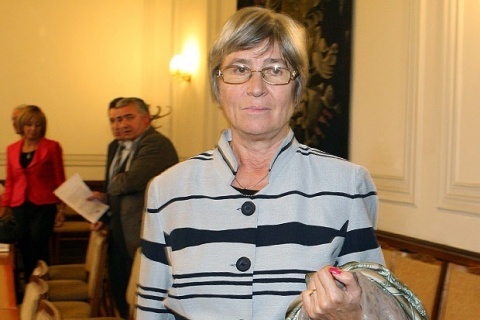 Embattled Bulgarian magistrate, Veneta Markovska, has sent a letter to the Chair of the Constitutional Court, declaring she would take the oath of office after it is proven that her reputation as judge and person is impeccable.

She further states she demands from the Prosecutor's Office to immediately launch a probe in the scandalous information about her, which she continues to see as libel and rumors.

Only a day earlier, Markovska sent another letter to the Chief Prosecutor and the Interior Minister, requesting from them to find the author of the tipoff against her.

Her moves happen just days after Prime Minister, Boyko Borisov, announced that he has met with her and had advised her to step down if there is even a shadow of doubt cast on her reputation.

In the Thursday letter, the judge reminds she has been elected constitutional judge by the Parliament, stressing she was a victim in recent weeks of slander, attempting to tarnish her image as a magistrate, an image she built in the 38 years of her professional career, and spreading far outside the country's borders.

"With this slander, some people and politicians want to inflict damage on the entire Bulgarian State, the Parliament and the Constitutional Court, simply for some personal gains. As a dignified citizen and judge, dedicated to a noble job to serve the people and my country, in this difficult moment, I will continue to firmly oppose any injustice and would not allow for this case to further denigrate both my name and the name of the State and its institutions. I will take the oath of office and assume my duties as constitutional judge after the Prosecutor's probe I am requesting today clears my name," the letter states.

On Wednesday, the Prosecutor's Office in Bulgarian capital Sofia confirmed that there is an investigation launched against Markovska, elected last week by Parliament to become constitutional judge.

Markovska's nomination and following election for one of Parliament's two candidates to serve on Bulgaria's Constitutional Court raised controversy after information was leaked that she had attempted to use her influence to pressure the Ministry of Interior to suppress an investigation.

This led to the European Commission issuing a warning it could publish an emergency report for Bulgaria on the so-called Cooperation and Verification Mechanism for Corruption and Organized Crime.

Bulgarian Parliament's Legal Affairs Committee chair Iskra Fidosova sent a letter of explanation to the EC, and PM Boyko Borisov was initially dismissive of the Commission's warning, but later "advised" Markovska to resign.

On her part, Veneta Markovska has denied all accusations of attempting to illicitly use her influence, albeit without failing to produce a coherent alternative narrative regarding the events.

The investigation at the Sofia Prosecutor's Office relates to a signal about Markovska using documents with untrue content, allegedly to fire an investigative officer.

In her explanations last week, she claimed there are no investigations whatsoever against her.