Annual Household Spending on Culture in Bulgaria at BGN 4 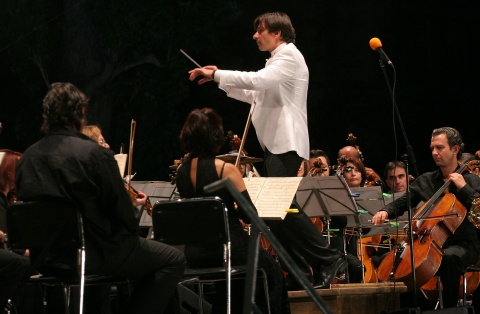 A Bulgarian household spends a mere BGN 4 on cinema, theater, and concerts a year, according to two surveys on the role of culture in the economy. Photo by BGNES

A Bulgarian household spends a mere BGN 4 on cinema, theater, and concerts a year, according to two surveys on the role of culture in the economy.

The surveys were prepared by the Observatory of Cultural Economics in cooperation with Bulgaria's Ministry of Culture and the Open Society Institute.

According to statistics, cultural spending in Sofia amounts to BGN 12.

The survey indicates that a Bulgarian household spent an average BGN 3 on cultural events in 2009, while the sum was BGN 11 in Sofa.

According to the findings, 74% of Bulgarians, or around 4 million people, did not go to the cinema in 2011.

In 2011, nearly half of Bulgarians failed to see a performing arts event.

However, the segment registers an improvement because the share of people who did not see a performance in 2007 was 60%.

The main reason for the meager amount of money spent on cinema, theater, and books was the lack of money, with 30% of respondents saying that they could simply not afford more.