Turkey Confirms It Will Not Build N-Plant on Bulgarian Border 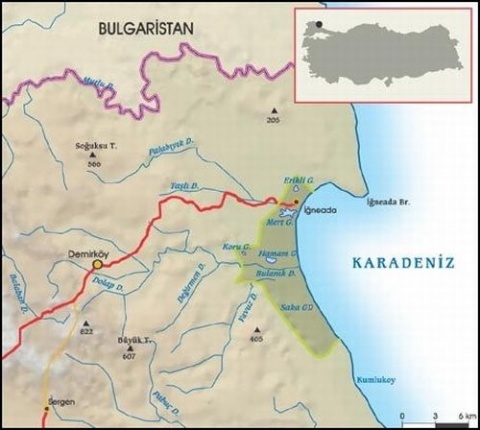 Igneada is only 5 km south of the Bulgarian-Turkish border, on the Black Sea coast. Map by neredennereye.com

Turkey has confirmed that it has no intention to construct a nuclear power plant just several kilometers away from its border with Bulgaria, according to a Bulgarian MEP.

MEP Evgeni Kirilov, member of the Group of the Progressive Alliance of Socialists and Democrats, has asked Turkish Foreign Minister Ahmet Davutoglu about his country's potential plans to build a nuclear power plant in the Black Sea town of Igneada.

Davutoglu has assured him that Turkey has no such plans, Kirilov says in a statement.

Rumors recently emerged that the municipality of Igneada had received a letter from the central government in Ankara announcing the upcoming construction of a nuclear power plant and thermal power plant on the spot.

Igneada is a town of some 2 000 inhabitants, located 5 km south of the Rezovska (Rezovo) River, which marks the Bulgarian-Turkish border. The first reports that Turkey was planning to build a nuclear power plant there emerged in 2011.

On Monday, Konstantin Grebenarov, district governor of Bulgaria's Burgas, also assured that Turkey only plans to build a thermal power plant on the spot.