Obama Increases Lead ahead of Romney to 303:206 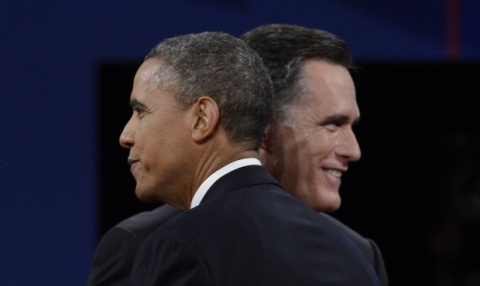 The latest results cement the reelection of America's first black president, for which he needed to secure 270 votes in the electoral college. Photo by EPA/BGNES

The results cement the reelection of America's first black president, for which he needed to secure 270 votes in the electoral college.

Obama's margin of victory is not yet certain because two states have yet to report results.

Under the US constitution, each state is given a number of electoral votes in rough proportion to its population. The candidate who wins 270 electoral votes - by prevailing in the mostly winner-takes-all state contests - becomes president.

Romney, the former governor of Massachusetts, conceded defeat and said he has called the president to congratulate him on his victory.

On Tuesday, the president held the White House by assembling solid Democratic states and a number of important swing states such as Colorado, Iowa, Pennsylvania, Michigan, Minnesota, Virginia and Wisconsin.

His narrow victory in Ohio, a critical Mid-Western swing state, sealed the victory.

Romney won North Carolina and Indiana, both of which Obama won in 2008, as well as the solid Republican states.

But he was unable to win in Ohio or other states needed to breach the 270 threshold.