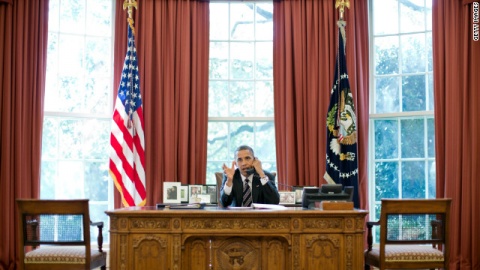 President Obama has secured his reelection with an important victory in the swing state of Virginia, according to CNN projections. Photo by Getty Images

President Obama will win Virginia, one of the two swing states, which were too close to call, cementing his reelection, according to CNN projections.

A victory in Virginia will bring him 13 electoral votes.

Prior to any results from the swing states Virginia and Florida, Obama has won 290 electoral votes to Romney's 203.

The state of Alaska, where polls have yet to close, is expected to vote for the Republican.

Supporters of US President Barack Obama across the country and the world have gone literally wild after his reelection was confirmed on his Twitter and Facebook pages.

The posts came shortly after the major networks projected he would have a majority of electoral college votes.

Obama prevailed despite lingering dissatisfaction with the economy and a well-funded challenger in Mitt Romney, a former governor of Massachusetts.