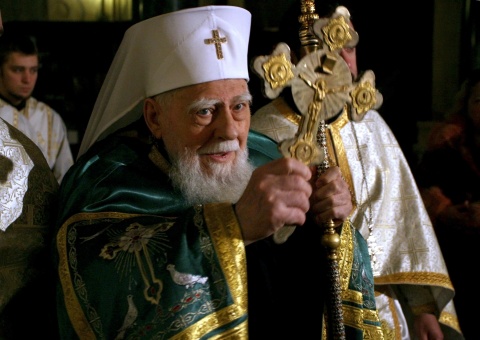 Bulgaria's largest Jewish religious and lay organizations have sent a joint letter of condolences to the Holy Synod of the Bulgarian Orthodox Church on the passing of its head, Patriarch Maxim.

Maxim, who led Bulgaria's Orthodox Christians for 41 years, died in the small hours Tuesday morning, after a long and dignified battle with age.

He had just turned 98 on October 29, a day that was marked with festivities by the Bulgarian Orthodox Church.

"It is with great grief that we learned of the passing of the head of the Bulgarian Orthodox Church - the blessed and well-remembered Bulgarian Patriarch Maxim," state Bulgaria's Central Israelite Spiritual Council and the Shalom Organization of Bulgarian Jews.

"Patriarch Maxim has left the lasting legacy of a person of high spiritual virtues. He was a fighter and inspirer of the much needed dialogue among religions and cultures," say the two organziations.

"We are grieved by the end of the earthly sojourn of this great friend of the Jewish community in Bulgaria," add the Israelite Spiritual Council and Shalom.

The Catholic Church in Bulgaria has also sent a letter of condolences to the Holy Synod on Maxim's demise.

People can pay their respect to Patriarch Maxim by coming to the patriarchal St. Alexander Nevsky Cathedral and the building of the Holy Synod in Sofia.