Schulz: If Europe Voted, It Would be Obama in a Landslide 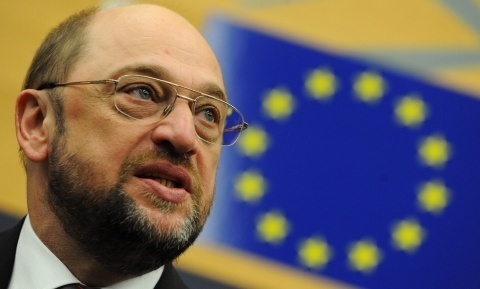 The majority of European politicians and voters would have picked President Barack Obama, if they could vote at the US polls, according to European Parliament President Martin Schulz.

"Obama shares more of the values that Europeans have embraced in social policy and health care, rather than Mitt Romney," Schulz said in an interview for Deutschlandfunk radio.

The high-ranking EU official however pointed out that topics dealing with EU policy, as well as international policy as a whole, were pushed into the back yard during the US presidential pre-election campaign.

Surveys back up claims that US President, Barack Obama, enjoys an overwhelming support among the citizens of European countries.

A whopping 90% of people in Europe would vote for incumbent US President, Barack Obama, according to a poll by the British YouGov, released at the beginning of the month.

According to the majority of the 7 500 respondents, Obama's Republican challenger, Mitt Romney, is too much to the right of the political spectrum.