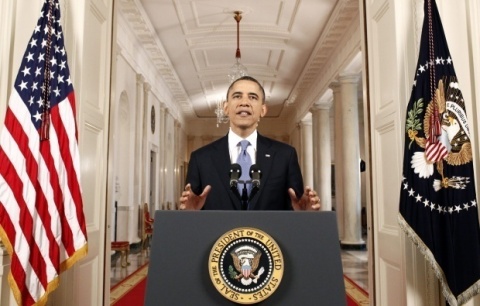 Incumbent US President Barack Obama ended his final campaign on Monday in Iowa.

He thus returned to the place that launched his first White House bid and that could hold the key to his political future.

"I've come back to Iowa one more time to ask for your vote. I came back to ask you to help us finish what we've started, because this is where our movement for change began," an emotional Obama told told a crowd of some 20,000 people.

First lady Michelle Obama pointed out that this was her husband's last campaign rally as a candidate.

"This a pretty emotional event for us," she said, as cited by USA Today, adding that on Tuesday "we've got a chance to finish what we started her in Iowa."