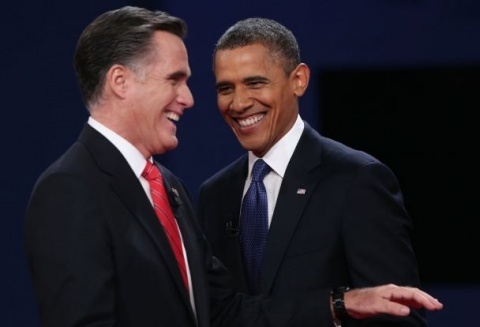 US incumbent President Barack Obama has built a lead in early and absentee voting ahead of Election Day in several battleground states, according to statistical data.

However, Obama's  early-vote cushion over GOP nominee Mitt Romney is not as big as the one he held four years ago over Sen. John McCain, USA Today has noted.

More than 29.5 million Americans have already cast ballots in 34 states and the District of Columbia, according to statistics compiled by the United States Election Project at George Mason University in Virginia.

USA Today has pointed out that no ballots have been counted yet. However, several states have offered information about party affiliation of the voters casting early ballots.

Democrats lead in four of the five battleground states where local officials track early voters by party identification: Florida, Iowa, Nevada and North Carolina. In Colorado, Republicans have a slight edge over Democrats, a reversal from four years ago, when Democrats outpaced Republicans in the early vote and Obama went on to win the stat