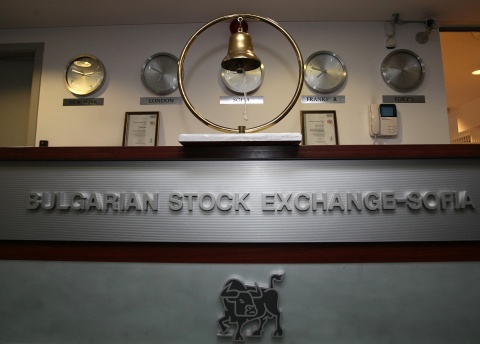 It took the Bulgarian state a week to trade its shares from the CEZ power utility on the Sofia Stock Exchange. Photo by BGNES

The Bulgarian state has made a total of BGN 115 M from the sale of its minority shares in Czech-owned power utility CEZ Bulgaria on the Sofia Stock Exchange, Bulgaria's Privatization Agency announced.

On Friday, Bulgaria's privatization body formally declared the successful end of the sale of the state-owned shares of CEZ Bulgaria on the Bulgarian Stock Exchange, which took a week to materialize even though the deadline was November 29, 2012.

Just on Monday, the first day of the offering, the Bulgarian government sold 76% of the shares which it held in CEZ Distribution Bulgaria and 34% of the shares in CEZ Electro Bulgaria.

The sale of the two power distribution companies controlled by Czech electricity producer CEZ will bring to an end Bulgaria's privatization of its 33% minority stakes in all three power distributors.

Experts have repeatedly called on the Bulgarian government to launch high-quality initial public offerings to bring back to life the capital market, dented by low liquidity and lack of quality stock, as well as to boost revenues.