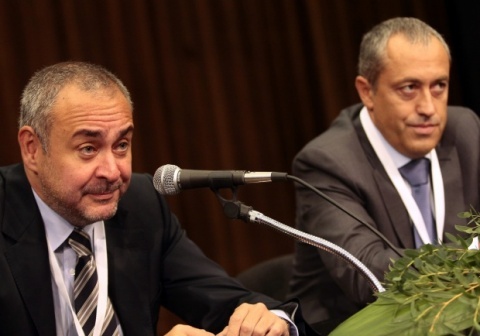 The news was reported by the presidential press office.

Velchev was nominated for constitutional judge by the President on October 20, 2012, and must take the oath of office within one week after the October 31 official decree for his appointment.

For this reason, he submitted his resignation Thursday before the Supreme Judicial Council, VSS. The resignation was approved unanimously.

VSS is expected to launch the procedure for electing the country's Chief Prosecutor in the next few days, but before doing so, they must prepare the election rules.

The deadline for the above is November 23, because under the law the procedure must be open no earlier than 6 months and no later than 3 months after the term of the Chief Prosecutor expires.

Two names have been circulating lately as top contestants to replace him - his Deputy, Galina Toneva, and the Chairman of the Plovdiv Regional Court, Sotir Tsatsarov, who is rumored to be well-liked by the ruling Citizens for European Development of Bulgaria party, GERB.

Velchev says he has a favorite, but declined giving a name on grounds the procedure is yet to be open.

Meanwhile, Boyko Naydenov, the newly reelected head of the Bulgarian National Investigation Services, hinted he is inclined to enter the race for Chief Prosecutor.

Velchev's 7-year term in office as Chief Prosecutor began in 2006. He used to be the legal advisor of former left-wing President Georgi Parvanov. His Chief Prosecutor's term was set to expire in February 2013.