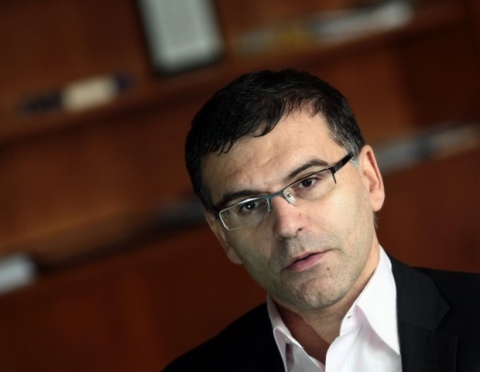 Finance Minister, Simeon Djankov, says Bulgarian scientists and researchers must adapt their needs to the current situation in the conditions of global economic crisis. Photo by BGNES

Bulgarian Finance Minister, Simeon Djankov, declared Friday that no one from his team had promised more funding from the 2012 State budget for the Bulgarian Academy of Sciences, BAS.

The Minister spoke during the so-called Friday parliamentary control, answering a question from a Member of the Parliament from the opposition Bulgarian Socialist Party, BSP, who asked what happened with the BGN 14 M promised to BAS scientists and researchers by President, Rosen Plevneliev, at the beginning of 2012.

He explained that the BAS budget in the amount of BGN 60 M was affirmed with the 2012 State Budget Act. With another BGN 30 M from the Scientific Research Fund and some money for projects, the amount is estimated at BGN 120 M.

The Minister stressed BAS must adapt their work and needs to the needs of the society and the business. He noted additional funding could be slated only for particular projects.

Djankov reminded he held detailed talks on funding with the late BAS President, Stefan Dodunekov, adding he was waiting for the appointment of the new leadership of the Academy to resume these talks.