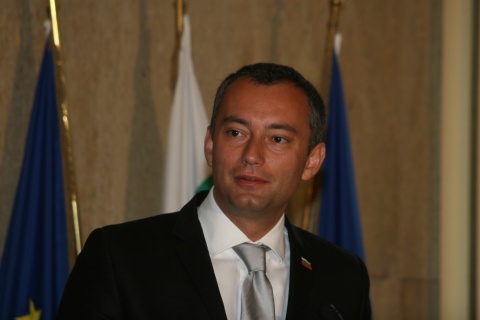 Bulgaria's Foreign Minister Nikolay Mladenov did not hesitate to show he is unhappy with the European Commission unofficial warning of a new and unexpected report due. Photo by Sofia Photo Agency

Bulgaria's foreign minister has harshly criticized the European Commission for "circulating rumors" after it warned an additional report on the country's justice and home affairs may be due.

"I think the European Union executive is overstepping its powers by circulating rumors. This is not right," Minister Nikolay Mladenov told the state-owned TV channel.

He however did not hesitate to express confidence that by the end of the year the government will mark a significant progress in the field of justice and home affairs, which will be taken into account by the European Commission and reflected it its report.

"We are putting in lots of efforts as far the restructuring of the systems is concerned, the work of the new Supreme Judicial Council, as well as the red flags in the judicial system that the previous report identified," he added.

The statement came a day after the European Commission threatened that Bulgaria might face an interim report on justice and home affairs in case "the situation requires it."

He reminded that the EC has called on the Bulgarian Parliament to assume responsibility and conduct tipoff probes, stressing the Wednesday vote in plenary hall had not included such probes. The spokesperson stated EC is alarmed by the latter and intents to monitor very closely processes in the Bulgarian justice system and to reflect them in the next monitoring report under the Cooperation and Verification Mechanism.

In answering questions from the media, he noted that EC expects from Bulgaria to adhere to European standards in the forthcoming election of Chief Prosecutor and Chief Investigator, and in all other judiciary appointments.

Ignoring strong criticism from EC that the Parliament is covering up tipoffs against one of the candidates, the Bulgarian MPs elected Wednesday the 2 constitutional judges from their quota.

When EC released its monitoring report in July 2012, it was announced that unlike Romania, Bulgaria would not be subject to such report until 2013.

The two constitutional judges, elected by the Parliament, are Anastas Anastasov, Deputy Speaker of the Parliament from the ruling, center-right Citizens for European Development of Bulgaria party, GERB and the Deputy Chair of the Supreme Administrative Court, VAS, Veneta Markovska.